Word count: about 98 000
Rating: By all means, do move at a glacial pace; you know how that thrills me

First of all BLURB is a lie!

The main problem with this book is it doesn’t know what it wants to be. A si-fi? A romance? An adventure? A philosophical story? Should we identify with/like the MC or just witness the events? If you try to be everything at once, you fail, like that flying fish with legs. (Wait, what? What fish? Well, exactly my point.) Reading this book was like inviting a Spanish lover to find out he’s gay and Russian. Nothing against gays and Russians but I had expectations here! This is not a science fiction adventure. If these are the droids you’re looking for, move along.

Si-fi aspect is neglected (THE WHOLE WORLD BUILDING IS NEGLECTED), for example space travel. How it works? What about Einstein’s theory? How fast do spaceships travel? How many inhabited systems are there? How many intelligent races? Any workings of the world and technology, quite frankly, would be nice. We’re told so little it’s pathetic. Ok, there’s this ship, what does it do? I mean when you have a crew you don’t just fly around without purpose. So what is their job description? NOTHING. They’re just a bunch of friends/lovers merrily drifting through the Big Quiet .

The book starts with a bang, Alana is quickly thrown into an adventure, but then it gets very slow and introspective. At first I loved it, getting to know the heroine, the crew, reading about her obsession love of star-ships and space. All those emotional inner monologues created an atmosphere, allowed us to know the MC better. Things between crew and Alana unfolded slowly. It was lovely. A hero doesn’t immediately ever (in fact) get a chance to prove herself. It was good until it wasn't. You can’t drag something like that for too long unless you’re a master of addictive writing. I lost my patience a little bit before 50% mark. Yep. Slow 45% was AWESOME! And then came bleh. One romantic sentence filled me with desire to run ( I predicted a downhill slope right then). After 50% mark I had some hope left, but no. Only a little bit of action (including Alana acting like a stupid hoe – which didn’t help my ‘love’ of the book) and bam! Back to romance with full force! So much drama, so much MC’s emotional turmoil I wanted to slap her, and tell her to get over herself. 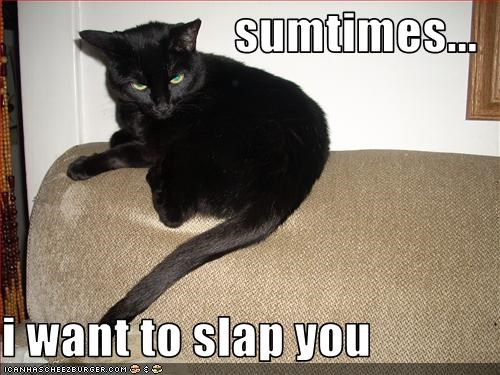 Romantic relationships in that book are so complex! Starting with MC being lesbian (no, not a spoiler, we learn that on a second or a third page). And then there are even more lesbians! Lesbians everywhere! (view spoiler) So much potential for drama! And drama we get. Not a si-fi adventure. It should be titled “Story of dramatic misunderstandings in space”.

There are so many problems I don’t even know where to start.

Too slow/ nonexistent plot. It’s all about pseudo philosophical musings/ inner monologues/ romance&friendship&sisterhood drama. Action is scarce. Plot had a potential but is barely there in the end, serves as an atrophied remnant of a story that was meant to drive things, but doesn’t do shit. I almost DNF-ed at last 10 pages. Just didn’t give a damn about ANYTHING.

Certain facts are missing and we are left wandering wtf? At least I am, but maybe I’m just special. I wanted to know how many people are on that freaking ship, for example. MC tells us she recognizes people’s footsteps, so she knows who’s coming, but we are never explicitly told how big/small the crew is.

I don’t really like Alana, she’s passionate, that’s true, but also reckless and irresponsible. She’s willing to jeopardize the whole crew, her own life, pilot’s life, everybody’s freedom because... She’s feeling fucking sentimental(!) and decides to talk to a child about it. (view spoiler) I mean WTAF? I liked her at first (apart from the very beginning; her way of getting onto a ship was... Suicidal? Criminal? Moronic? Pengun-ish? but I did my best to forget this part and like her. Well, ok, I didn’t, but she had a potential). Guess how it all starts?(view spoiler) WTF? What kind of logic is that? BUT it was one reckless thing, she acted on an impulse, it happens; hence, that part I could understand (should’ve read it as a bad, bad sign though). If we add to that the reaction of a crew, it’s perfect (for a while). They don’t just all say: “oh, you’re an MC! You’re so awesome! Let’s bond!”. Things don’t go smoothly. I’ve enjoyed that very much. For a while I planned to give it **** and thought it had even five star potential.

“By talking to the child, I’d condemned us all” -> That’s right BITCH! You’re so stupid I cannot believe it’s legal.

“Between this and my earlier stunt with the … I’d proven my irresponsibility several times over.” How nice of you to admit it. What? Should I applaud you? It’s mustard after dinner. ‘Don’t open’ sign on the inside. ‘Have a safe trip’ as welcome. Retrospective wits mean less than a pair of tits. LEARN bitch, learn.

I can forgive a lot, if it’s a story of growth. But it isn’t (even if the book claims it is at the end, which it does LITERALLY. I don’t care how vehemently my pet penguin swears he’s a toaster, I aint popping any bread in him when I want some toast). Alana hasn’t changed at all. We don’t see her being ‘the best’ anything, definitely not sky surgeon (like blurb suggests). Yes, she has a constant hard on for those flying vessels, but aside from her obsessive monologues about the depth, with and girth of her grand devotion to them and space there is nothing going on.

And what was this about: “Women with swagger like that….” bla bla bla. Now, I could easily forgive usage of the word ‘swagger’ has it been implemented jokingly. But you can’t have a full blown dramatic monologue and snick in some ‘swagger’. Talk about anticlimactic.

I also didn’t like the way the author handles Alana’s chronic degenerative nerve disease and pain in general (not a spoiler, we’re told at the very beginning). MC is some super human that is constantly often in excruciating pain (for one reason or the other) and just rolls with it. Broken ribs + getting smashed against the wall in throws of passion? Doesn’t matter in face of her LUV, more than that, it actually made her feel more alive. Like WTF?. Do you know any people with chronic pain? Or at least have you seen house MD? It affects you. It just does. But in this book the point about pain heightening sensation has been repeatedly hammered in during the same scene. Over and over again. Either Alana is a closet masochist without ever realizing it (it’s not like she lacked the opportunity with lifetime of pain... *sarcasm*) or the author knows nothing gets cute ideas that reek of ignorance. I know it’s supposed to highlight just how much they yearn for each other (i.e. Alana is so HORNY she’d hump a doorknob if there were any on the ship), I guess it was simply a straw that broke the camel’s back. The way author casually treats pain is a big no no for me.

And what’s with engineers having traditionally long hair? Really? What about, oh, I don’t know, COMMON SENSE? No wonder they’re a dying breed. Nothing screams professionalism like long, thick mane of hair. Again, I have long hair and it gets in a way all the freaking time. NOT an asset for an engineer.

And here we have it. The author divorced common sense in general.

That book deceived me. It pretended to be a si-fi adventure and then spited at me a surprising amount of personal bullshit and… Behold…. ROMANCE! It was slow and romantic and overly dramatic and pseudo philosophical. It’s not a sin, but I just came to the beach with all my ski gear. No fun at all.

To think I considered giving it 5 stars at a point…