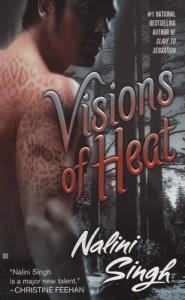 Let me remind you *** is a positive rating. ( can't allow myself to throw too high rating everywhere)

I’ll do my utmost best to make it short and to the point. [Just kidding. ]

My feelings about this particular book are ambivalent. First of all, I WANT MORE *[of the plot].

Nalini Singh is awesome, not because she writes a hot romance, but because in her books there is always a story. She puts quite a lot of care into gradual world-building (which I love), but as soon as we get some action (If you know what I mean) it’s over and we have to move on. And the next book starts AGAIN with a slow build up of a relationship, while I crave the plot! Because one thing is certain, background plot is made of AWESOME and I want more of it. That is precisely what made this book so appealing to me.

Her books are a good example of why I haven’t given up on PR. It should give you both amazing action and ovaries gripping romance. That genre has an immense potential that usually get’s wasted (yep, some vultures authors go to the liquor store, buy a keg of vodka, then visit PR, make it drink and drink until it vomits some generic, sickening, half digested excuse of a book. While it lies there on the floor, incapacitated, cheated, used, said people without scruples gather up all the unfortunate discharge and run to a publisher. That’s at least how I imagine it. There is no other explanation for the awfulness of some books). PR! What have they done to you! Dear authors, paranormal romance is like a child, playful, innocent, young and full of potential; don’t rape it! So there are two things to consider in the rating:

1)Story: Pretty awesome, draws you in. Since the books take place in the same universe there is space for a bigger plot. It’s the saving grace of this book. Without it I’d give it two stars. I actually liked that story better than the first one! It truly had me craving more and made me forget the awful, kind of awkwardly put together romance (mental bulldog, remember!). 2)Romance: Too much too soon. I didn’t feel for the couple, there wasn’t enough time for the relationship to grow. Plus I HATE fate bringing people together (yes, my life is hard under YA/UF/PR/NA regime. What is wrong with people? Everybody seems to want an instant banging connection [ Bam! See what I did there? (hide spoiler)].) Books about finding ‘the one’ magically designated for you don’t appeal to me [ I’d catch a grenade for you and some other shit. That’s how you know THE ONE! If you ever fucking find him. Aint that sexy? I just once would like to read a book about a heroin with miserable love life that is like 98 years old and then meets someone and realizes she fucked up her life by taking the wrong bus one fateful night. The whole concept is like a sick game.

(hide spoiler)]. It was almost an instant love and aside from their sexual attraction/mating I don’t see a connection. (or maybe I’m just cold, because for me that kind of reaction is reserved for food. Sometimes I take a bite and then I’m like ‘let’s book a room. I want to get to know you better. Intimately. Oh yeah’.) 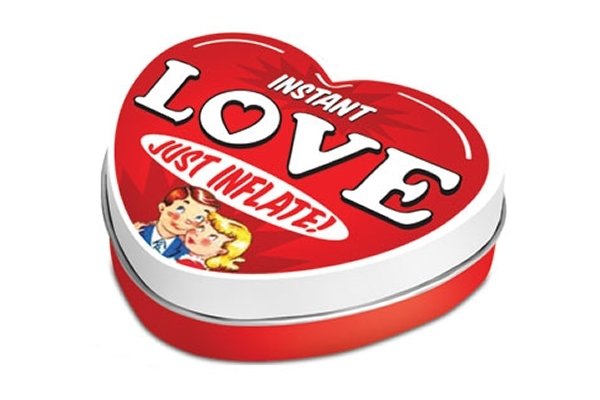 Characters themselves were fine. Vaunghn annoyed me a bit at the beginning. He was bordering on asshole. It was a close call, but somehow I will still put him in the ‘alpha male’ category. Faith was a quite strong heroine. For some reason I really enjoyed her story and powers and would love to see more of it. (Even though the very nature of the series is all about awakening of virgins, which has been done to death lately. The fact that there is a series solely dedicated to the very extreme form of sexual/emotional awakening doesn’t make my panties drop. I don’t admire it. Really?! [She knew no emotions and then he TOUCHED her AGAINST HER WILL (NO. Take your mind out of the gutter) and she can’t get over it. Like WTF? (hide spoiler)] Go home and eat a banana. Seriously.)

So, now 4 things that made me go psycho while reading :

1.Nicknames. Hate them. For some reason I don’t find them endearing (*99% of caces), but condescending instead (something that a ‘hot stuff’ said to a heroine when they just met, and it wasn’t a complement, but mockery of some kind. Why do people find it hot? )

3.Calling your partner ‘good girl’ when she follows a command in bed. I’m not your dog. It’s not sexy. It makes me want to set you on fire (as a joke, you know, corresponding to your ‘bad bed talk’.) [

(hide spoiler)]*I feel ambivalent about this one, because some people might like that. No judgement here, just personal preference.

4.Tiptoeing around killing bad guys. That is why I LOVE Jack Reacher. He has no stupid qualms. And In case of Nalini Singh that issue comes and goes (like herpes). Now I’ll refer to the first book, if you’ve read it, don’t fear the spoiler [ Chancellor Enrique got simply brutally murdered. He got what he deserved. End of story. I loved it. (hide spoiler)] And now a real spoiler, nothing explicit, but still [ Here the main ‘bad guy’ doesn’t get simply killed (moral whining involved). Which is funny, because other people in a different situation do get murdered swiftly and without mercy. But not him. Faith has a soft heart (as in: a lifetime of insanity and a crippled mind is better than death) WTF? (hide spoiler)]

That’s it. No clever conclusion. Generally it was an enjoyable read with a few drawbacks. No, I can't ignore shabby authenticity of their feelings in a book that is supposed to be a paranormal romance(!) Have to account for it in my rating.